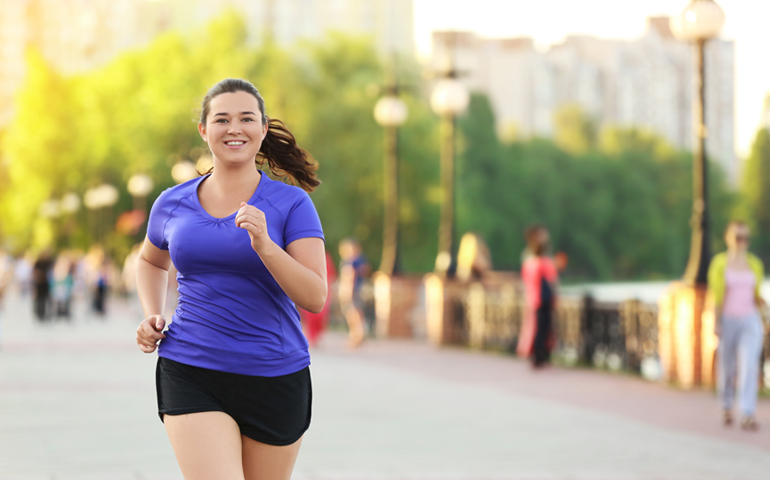 Due to lifestyle changes, obesity is one of the prevailing conditions among adults in the UK. An estimate states that one in four adults is overweight. There are several strategies on how to lose extra weight. However, many are ineffective and not fruitful.

An injection has helped patients who are diagnosed with diabetes and obesity to decrease their body weight and glucose concentrations. The results were obtained from a small study where obese patients lost an average of 4.4 kg. What is the most astonishing aspect of it? This has caused significant improvements in blood glucose levels; in some patients falling close to normal concentrations.

A medical procedure known as gastric bypass surgery is one of the most prevalent kinds of weight loss surgery. This surgery can be efficacious in maintaining the excess weight off and better the blood sugar numbers in diabetics. Is it beneficial to all patients? A big NO. In some patients, this surgery causes serious problems like abdominal pain, vomiting and debilitating low blood sugar levels, and chronic nausea.

Based on the previous study by Imperial College London the gastric bypass surgery works well because of the higher levels of three hormones secreted by the bowels. ‘GOP’ - This is the short form of the three hormone combination. This combo decreases appetite, leads to weight loss and reduces the elevated concentrations of glucose.

What about infusing patients with GOP hormones? Researchers wanted to conduct a study on whether this kind of infusion produces the same results. So they tried the GOP hormones Glucagon-like peptide-1 (GLP-1), Oxyntomodulin and Peptide YY on fifteen patients. This treatment was performed for four weeks with the help of a pump which slowly infuses the GOP combination under the skin of the patients. This happened for 12 hours a day, starting one hour before the breakfast and disconnecting after the last meal of the day. The patients were also assisted by a dietician who shared dietetic tips on healthy eating and weight loss.

"Obesity and type 2 diabetes can lead to very serious and potentially life-threatening conditions such as cancer, stroke and heart disease. There is a real need to find new medicines so we can improve and save the lives of many patients. Although this is a small study our new combination hormone treatment is promising and has shown significant improvements in patients’ health in only four weeks.  Compared to other methods the treatment is non-invasive and reduced glucose levels to near-normal levels in our patients." says Professor Tricia Tan, Professor of Practice (Metabolic Medicine & Endocrinology) at Imperial College London and lead author of the study.

The work, published in Diabetes Care and presented at the 79th Scientific Sessions meeting of the American Diabetes Association in San Francisco, took place in collaboration with the University of Copenhagen and the University College of Dublin at Imperial College London. The procedure was experimented on the patients at the National Institute for Health Research Imperial Clinical Research Facility at Hammersmith Hospital which is a part of Imperial College Healthcare NHS Trust.

Twenty-six obese prediabetes patients and diabetes patients were enlisted in the study. This happened at Hammersmith Hospital from July 2016 to October 2018. The hormone treatment was conducted on randomly chosen 15 patients and a four-week saline infusion as a placebo was done on 11 patients. The crew also choose 21 patients who had undergone bariatric surgery and 22 patients who were on a very low-calorie diet to examine the contrasts of GOP outcomes. A glucose monitoring device was provided to all patients to monitor their glucose concentrations after the treatment.

In the trial, GOP treatment made the patients lose an average of 4.4kg while saline placebo reduced 2.5 kg. The most positive aspect of this treatment is it had no side effects. However, the patients who followed bariatric surgery lost 10.3kg and the patients who were on the low calorie diet lost 8.3 kg. The weight loss was more compared to GOP patients.

Professor Tan commented: “Although the weight loss was smaller, using the GOP infusion would be preferable as it has fewer side effects than bariatric surgery. This result shows that it is possible to obtain some of the benefits of a gastric bypass operation without undergoing the surgery itself.  If further trials are successful, in future we could potentially give this type of treatment to many more patients.”

The UK Medical Research Council (MRC) and the NIHR Imperial Biomedical Research Centre funded the study. This study is an illustration of the work done by Imperial College Academic Health Science Centre, a joint initiative between Imperial College London and three NHS hospital trusts. It aims to transform healthcare in the most beneficial way as early as possible to help the global population.